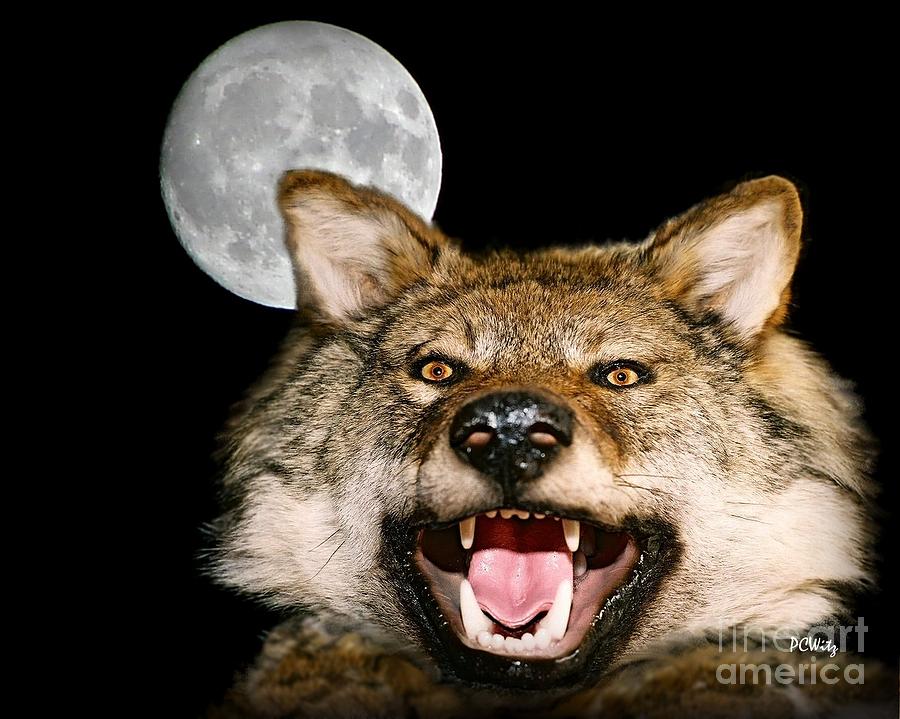 Photograph - Prints On Paper Or Canvas

Once upon a twilight's moon, a wolf howled a saddening tune; A large feared predator in the night, was once only a shepherd's dreadful sight; Wolves balance nature in the wild, then became man’s romantic horror fiend reviled. Hollywood’s twisted creature the Werewolf beast, made wolves very popular to say the least. Shepherds cried wolf while tending sheep; so who will cry wolf while you’re asleep?

CONGRATULATIONS! This stunning image is now featured on the Homepage of 'Sensational Animals'. For greater visibility, you are invited to visit the group and promote this image on the discussion thread regularly. Here is the link to the group:http://fineartamerica.com/groups/sensational-animals-.html?tab=overview Bravo for this marvelous art. L/F

Thank you Greta for the compliment and feature.

HaHa! So it was a wolf skin? Looked too real! Yep successful!

Great photo, but it gives me the creeps! I would hate to see this looking in my window on a full moon night. Looks too close for comfort! Voted

Thank you Julie... image objective... successful... and not to worry Alaskan wolf skins are harmless.